Speaking at TechMentor 2015 in Redmond

I will be speaking at the TechMentor conference August 3-7, 2015. This will be an exciting chance to meet some of the smartest and coolest geeks in the industry. My session with be

T08 – From Zero to Hero in 75 Minutes: Deploying a HyperConverged Architecture for the Modern Data Center.

I was invited by Kelly Murphy – CTO from Gridstore to co-present this exciting topic: https://techmentorevents.com/Events/Redmond-2015/Sessions/Tuesday/T08-From-Zero-to-Hero-in-75-Min-Deploying-a-HyperConverged-Architecture-for-the-Modern-Data-Center.aspx

Kelly Murphy, Founder and CTO for Gridstore™, the leader in hyper-converged all flash infrastructure for the Microsoft Cloud-Inspired Data Center will demonstrate how you can “Go from Zero to Hero in 75 Minutes With a HyperConverged All-Flash Infrastructure That Will Make Your Data Center Rock!”

Attendees will learn how the first affordable All-Flash Hyper-Converged infrastructure that is purpose-built for Microsoft Cloud environments can reduce their infrastructure costs by 4x-8x while radically simplifying their environment and lower their management costs by up to 10x.

(I will be his Demo King for this presentation!)

As a serial entrepreneur with a track record of bringing disruptive technologies to market, Kelly Murphy brings 15 years CEO experience with disruptive venture backed software companies. In 1998, almost a decade before the cloud became popular, Murphy founded Marrakech, the first software company that offered on-demand procurement and supply chain systems to over 30,000 trading partners including some of the world’s largest retailers, consumer food producers, packaging companies and utilities. After selling Marrakech in 2007, he turned his sights onto what was his largest obstacle in growing his previous business — storage. In 2009, Murphy founded Gridstore — a pioneer of software-defined storage that is set to disrupt the traditional storage industry. Currently, he serves on Gridstore’s Board of Directors and is also the Chief Technology Officer. Originally from Canada, Murphy obtained his BS in Computer Science from Michigan Technological University, played Division I hockey and was the seventh pick of the New York Islanders in the 1984 entry draft. 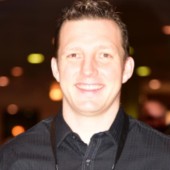