PowerShell – Add a Direct Member to a SCCM Collection

I was working at a client site and was going through their server rollout procedure. I was quite shocked as to how many manual tasks they still had. One of these tasks was to add a computer directly to a SCCM collection. According to their requirements, they had to use direct membership and could not do a WMI call. So I created the following script and added it to their task sequence.

The task sequence runs on the client machine and we really don’t want to install the SCCM PowerShell cmdlets on every server. Instead, what we’ll do is we’ll run the PowerShell remotely. The computer that is running the task sequence will open a remote connect and run them against the SCCM server. The SCCM server has the ConfigureManager PowerShell module, it can do the work for us!

Things to think about – 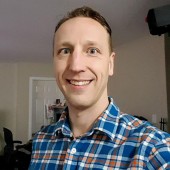 Allan's IT career has moved him to several Canadian provinces and even to Sweden for four years. He has been nominated for the Cloud and Datacenter Management Microsoft MVP. Due to his Veeam experience in backup, restore, and DR scenarios, Veeam has accepted Allan into the Veeam Vanguard program. Allan has always been a senior member and key player in implementing Windows infrastructure projects, virtualized platforms (Hyper-V and VMWare) and cloud projects. His love is building roadmaps and lifecycle of the Windows Server environments, DR, automation and the development of ITIL processes for OSD, configurations, and performance. He is an expert at scripting solutions and has an uncanny ability to reduce complexity and maximize the functionality of PowerShell. Allan has recently rejoined the TriCon Elite Consulting team again as a Principal Consultant. Allan can be found on twitter @AllanRafuse and blogs on http://www.checkyourlogs.net

Snapshot Management – Who done and When #PowerShell #VMware