Azure storage services continue to innovate and deliver. Today, an important new capability has come into preview, Azure Files over NFS 4.1. Azure Files have long been available for SMB file shares, but things get interesting now with NFS 4.1. Today’s blog by Rena Shah highlights this new capability at the Microsoft Azure blog. Let’s take a look at this.

NFS you say? Well, there was a time that I’d say I could not even spell NFS. That was at a time when my first introductions to shared storage were in the block era (Fibre Channel, iSCSI, etc.). It did not take long however, I was administering storage on NFS shares and applications in heavy Linux and UNIX deployments in no time. That meant I had to stop saying I didn’t know how to spell NFS.

Fast forward to today’s preview in Azure, this means that we have some real opportunity for NFS storage in Azure alongside all of the other Azure services. I have been using this preview privately ahead of the announcement and have no issues with it. The figure below shows two shares configured in an Azure storage account:

A few points on using and consuming Azure Files as NFS shares to consider are mainly around the networking. The ‘control plane’ is more standard Azure networking controls versus what you may have ever used as a storage administrator of an NFS system. Additionally, connecting and consuming the Azure files on NFS may be required to be done via a Linux mount. In fact, if you are to look at an NFS file share, that will generally be provisioning the mount instructions for NFS mounts on Linux as shown in the figure below:

This however does not mean you have to *always* use the Linux NFS mount. If you have an application that natively will mount NFS, it may very well be completely transparent.

Why This Matters – Rick’s Take

This is a great way to get enterprise applications that may otherwise not have been Azure candidates into Azure. This is especially important if a multi-tiered application was involved with application servers and databases (which could now be VMs) but not so much an NFS file share that they all used. The one thing to consider is the fact that LRS storage is used as this requires Premium storage, so you want to consider backup. Additionally, the networking configuration while it makes sense in Azure terms, is a learning curve for a storage administrator.

The service is available now in four regions (East US, East US 2, Southeast Asia and UK South). Be sure to check the full Microsoft Docs page on Azure file shares (more than just the new NFS offering) for requirements and networking considerations. 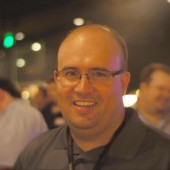 The Rickatron. Rick Vanover works for Veeam, loves Microsoft and cloud technologies and likes to fiddle and learn.